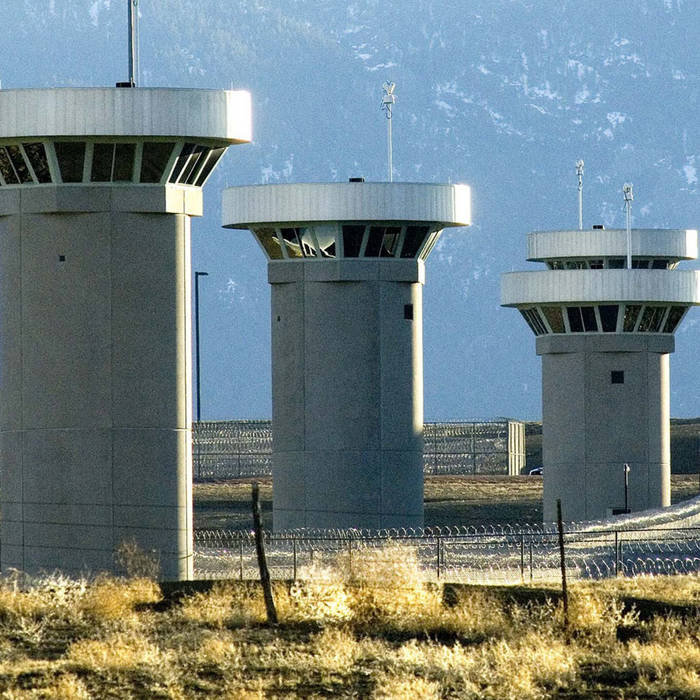 The supermax unit at ADX Florence houses about 410 male inmates, each assigned to one of six security levels.
The facility is best known for housing inmates who have been deemed too dangerous, too high-profile or too great a national security risk for even a maximum-security prison. These include the leaders of violent gangs who had continued to issue orders to their members from lower-security facilities: Larry Hoover of the Gangster Disciples, and Barry Mills and Tyler Bingham of the Aryan Brotherhood. ADX also houses foreign terrorists, including Zacarias Moussaoui, the only person convicted in civilian court of the September 11 attacks; Faisal Shahzad, the perpetrator of the 2010 Times Square car bombing attempt; and Ramzi Yousef, mastermind of the 1993 World Trade Center bombing; as well as domestic terrorists, such as Ted Kaczynski and Eric Rudolph. Timothy McVeigh, who carried out the 1995 Oklahoma City bombing, was housed at ADX before he was sentenced to death in 1997 and transferred to the United States Penitentiary, Terre Haute, which houses most federal death row inmates and is where Federal death sentences are carried out. McVeigh's co-conspirator, Terry Nichols, is serving 161 life sentences at ADX. Robert Hanssen, the former FBI agent who betrayed several spies to the Soviet Union and Russia, is serving 15 life sentences at ADX for his crimes. Dzhokhar Tsarnaev, the perpetrator of the Boston Marathon bombings, was transferred here from another prison in the Florence complex on July 17, 2015. The prison also houses inmates who are a high escape risk, including Richard McNair, who escaped from a county jail and two other prisons before being sent to ADX.